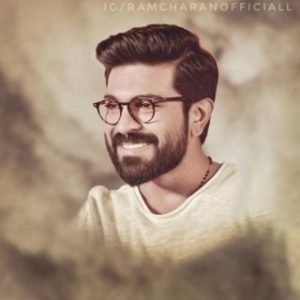 Ram Charan is an Indian film actor, dancer, producer and entrepreneur in Telugu Cinema. He is son of actor Chiranjeevi  and Surekha. He debut in film industry with successful film Chirutha in 2007. He won filmfare award for best male debut – South. He becomes more popular with a starring role Opposite Kajal Aggarwal in fantasy film Magadheera (2009). He won several awards for this film including Filmfare Award for Best Actor – Telugu. He has also been featured in Forbes India’s Celebrity 100 list from 2013.

He was born on 27 March 1985. Ram Charan age is 33 years. He was born in Hyderabad. Charan got engaged to the vice-chairman of Apollo Charity Upasana Kamineni in Hyderabad on !st December 2011. They got married on 14 June 2012 at the Temple Trees Farm House.

Some facts about Ram Charan