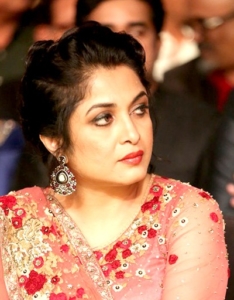 Ramya Krishnan is an Indian actress. She born on 15 September, 1970. She is daughter of Krishnan and Maaya. Ramya Krishnan is niece of veteran Tamil Comedian Cho Ramaswamy. Initially she learned Bharathanatyam, Western an Kuchipudi dance form and given many stage performances. 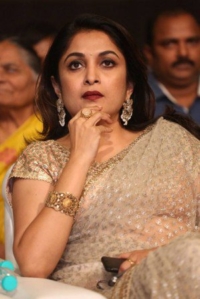 She is passionate to do acting in films. She starts her acting career in 1984. At that time she is only 14 years old. Her debute movie is Vellai Manasu. It was a tamil movie. Her first Telugu film was Bhale Mithrulu. This film was released in 1986. She became famous after her movie Sutradharulu. This movie was released in 1989. In 1998, She played a lead role in a bollywood movie Bade Miyaan Chhote Miyaan along with Amitabh Bachchan and Govinda. 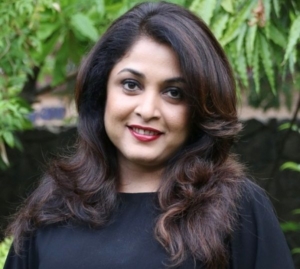 She has done so many movies in tamil, telugu, bollywood, Kannada and Malayalam. Her recent film is Bahubali: The Beginning and Bahubali:The Conclusion in which she played the role of Rajamata Shivgami.

She has received so many awards.