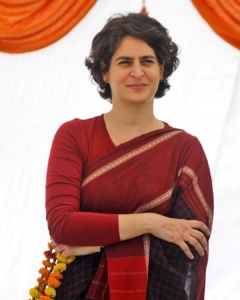 Priyanka Gandhi was born in an Indian Politician Family on 12 Jan, 1972. Her father Rajiv Gandhi is former prime minister of India and her mom Sonia Gandhi was president of Indian National Congress. She is sister of Rahul Gandhi, who is currently the president of Indian National Congress or simply known as INC. Priyanka is grand daughter of Feroze and Indira Gandhi. She is one of the member of Nehru-Gandhi family. Rajiv Gandhi sent her to Modern School and convent of Jesus and Marry for her schooling. She graduated in psychology from Jesus and Mary College, University of Delhi. Later, in 2010, She did M.A. in Buddhist Studies. 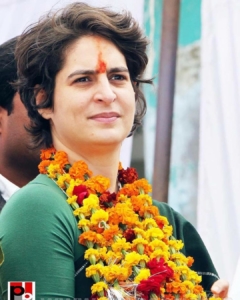 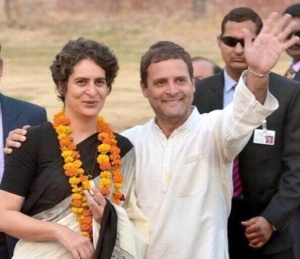 Robert Vadra is a businessman from Delhi. Priyanka got married with Rahul Vadra on 18 February, 1997. Her wedding took place at Gandhi Home in Delhi. Her wedding was happened according to Hindu Tradition.After her marriage, she also known as Priyanka Gandhi Vadra. Her son Rehan was born in year 2000 and her daughter Miraya was born in year 2002. The first prime minister of India, Jawaharlal Nehru is Maternal Great Grandfather of Priyanka Gandhi. The freedom fighter Kamla Nehru is Great Grandmother. 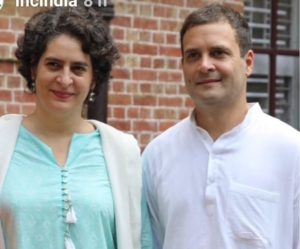 Some Facts about Priyanka Gandhi