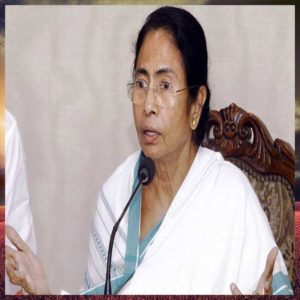 Mamta was born in a Bangali Brahmin Family on 5 January, 1955 in Kolkata, West Bangal. Her father Promileswar Banerjee and mother Gayetri Devi are also bengali. When Mamta was only 17 years old, her father died due to lack of medical treatment. Mamta completed her 12th board examination from Deshbandhu Sishu Sikshalay in 1970. She Graduated with an honors degree in history from the Jogamaya Devi College. Later, she did Masters Degree in Islamic History from the University of Culcutta. She also got degree in education from the Shri Shikshayatan College. She earned a law degree from the Jogesh Chandra Chaudhuri Law College, Kolkata. She was honoured with a Doctor of Letters from Kalinga Institute of Industrial Technology.

According to her date of birth, she is currently 64 years old. She is 5 Feet 4 Inches.

Mamta Banerjee is unmarred. So, she does not has husband and kids. We don’t have any information about her boyfriend.

Mamta’s political journey is too long, So we will see it one by one in short.