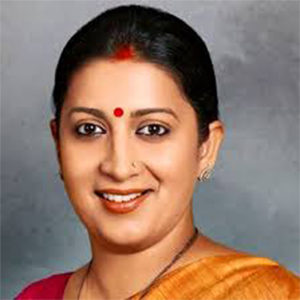 Smriti was born on 23 March, 1976. Her mother Shibani Bagchi is a Bangali and her father Ajay Kumar Malhotra is a Punjabi Khatri. She is eldest in 3 sisters. She does not has any brother. Smriti’s grandfather was in Rashtriya Swayamsevak Sangh (RSS), So Smriti was also a member of RSS from her childhood. She passed her 12th class from Holy Child Auxilium School in New Delhi. After 12th, She got admission in School of open learning at University of Delhi.

There is some controversy about Smriti’s Education. In 2004, Smriti said she has done B.A. from Delhi University. But in 2011 and 2014, she said her highest education qualification was B. Com part 1 from School of Open Learning at University of Delhi. 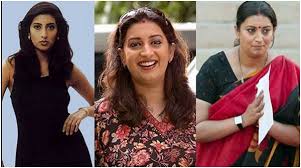 We don’t know about Smriti’s boyfriend and extra affairs, She is married to a Businessman.She has one son and one daughter and one step daughter.

After doing a song with Mika Singh in 1998, She debut in TV series AATISH and Hum Hai Kal Aaj aur Kalin 2000, both serials aired on Star Plus.