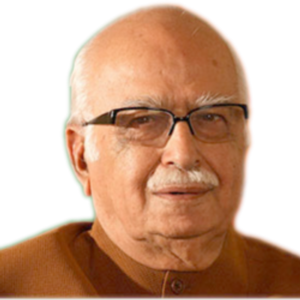 Lal Krishna Advani is an Indian Politician. He was born on 8 November, 1927 in Karachi in a Hindu Sindhi businessman family. His parents Kishanchand D. Advani and Gyani Devi was living in British India. but because of partition in 1947, they moved to Bombay (Currently Mumbai), India. He graduated in Law from Government Law college of Bombay University. In year 1932, Lal Krishna Advani married to Kamla Advani. They have a son named Jayant and a daughter named Pratibha. His wife Kamla Advani died on 6 April, 2017 because of old age. His daughter Pratibha Advani produces Indian TV series and also a TV host.