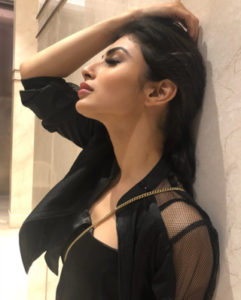 Mouni Roy is an Indian Hindi film and television actress. She was born on 28 Sep 1985. Mouni Roy’s age is 34 years. She is known for her role Krishna Tulsi in Kyuki Saas Bhi Kabhi Bahu Thi (2007), Sati in Devon Ke Dev.. Mahadev and Shivangi Singh in Naagin. She is a finalist on Jhalak Dikhla Jaa in 2014. She is a professional Kathak dancer. In 2018, she acted in Sports Biopic movie Gold with Akshay Kumar. She will be seen in her new Hindi film Romeo Akbar Walter, which is going to be released on 12 April 2019. John Abraham will be seen in lead role in this movie.