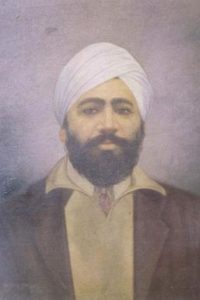 Udham Singh is well known figure of the Indian Independence Movement.He is Shaheed-i-Azam Sardar Udham Singh. Udham Singh was born on 26 Dec, 1899 in Sunam. Sunam was a small village in Sangrur district of Pujab, India. In childhood his name was Sher Singh. His father named Saradar Tehal Singh Jammu, was a railway crossing watchman in the village of Upalli. When his father died, Udham and his elder brother moved to a orphanage. He got new name “Udham Singh” in the orphanage. After passing his matriculation examination in 1918, he left the orphanage in 1919.